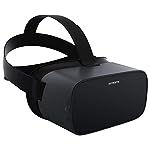 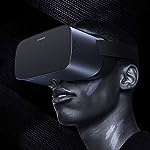 SKYWORTH VR Headset V901 is the first VR headset that supports 8K hardware video decoding, which becomes demanding while many VR professionals require higher resolution for their artworks. This revolutionary headset will bring you unprecedented immersive visual experience in the VR world. It was launched in April 2019, and more than 10,000 units have been sold out in China so far. It’s integrated with the Android system and equipped with powerful CPU Samsung Exynos 8895 and GPU Mali-G71 MP18. Wireless charging and 6 Dof VR gaming are also supported. You’re now able to access the Viveport store and VeeR directly, and the SKYWORTH team will continue to improve the performance of the system and its compatibilities to make sure SKYWORTH users will fully enjoy it.
World’s first VR headset which supports 8K hardware decoding and 4K resolution display.
The most efficient VR device to play 8K mono 360 and 6K 3D 360 without downsampling your original footage captured by Insta360 Pro 2, Kandao Obsidian, K1 Pro, S1 Pro, Yi Halo.
Hardware encryption: Built-in professional hardware encryption scheme, using the SHA-256 algorithm for an encryption operation. Ensure that data is not illegally read and copied
Built-in dual speaker & Built-in Microphone. The stereo wide-frequency MINI speaker, which is designed in the near ear of the host, allows the sound field in the virtual world to be precisely wrapped around your ear using dynamic panoramic sound technology.
Massive 105° FOV system: Bringing unparalleled immersion wide viewing angle.
Additional information
Reviews (0)

There are no reviews yet.